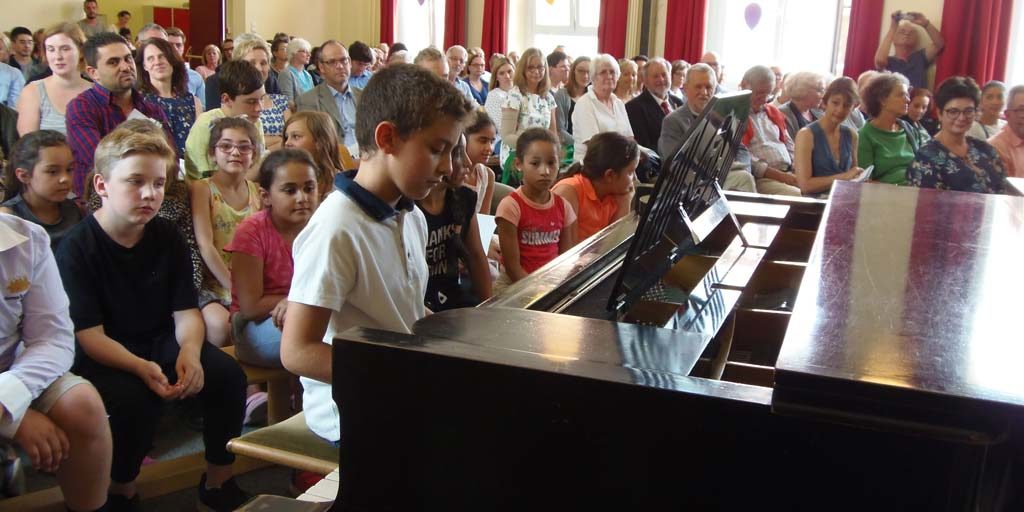 For all – in the middle of Minden

In 1843, the municipal elementary school in Minden began with the founding of today’s One World School. For 175 years, children have been taught and accompanied at this school location.

Founded as a “Stadt- und Reckertsche Schule”, the school became known as the “Königsschule” and as such was transformed into a primary school in 1968 as part of educational reform. Since 2006, the new name “One World School” stands for the diversity that is taken for granted here.

Find out more about the history of the school here:

From 2.-5. In July 2018, all pupils of the school were able to work out the motto “For all – in the middle of Minden” in a project week in various project groups in an action-oriented and playful way.

On July 6, 2018, the school community celebrated a big anniversary celebration.

It was very nice for us to see how many companions, supporters, friends, parents and alumni followed the invitation to the ceremony. The subsequent reception offered an opportunity to strengthen oneself, to taste a piece of the great birthday cake and above all to get into conversation with each other.

In the afternoon the big jubilee school festival started. There was the possibility to strengthen oneself in the cafeteria, to watch performances and presentations of the project groups, to take advantage of fun and games or to win a great prize at the raffle.

We were very happy about the many congratulations, good wishes and gifts for the anniversary and the great positive feedback on our work!