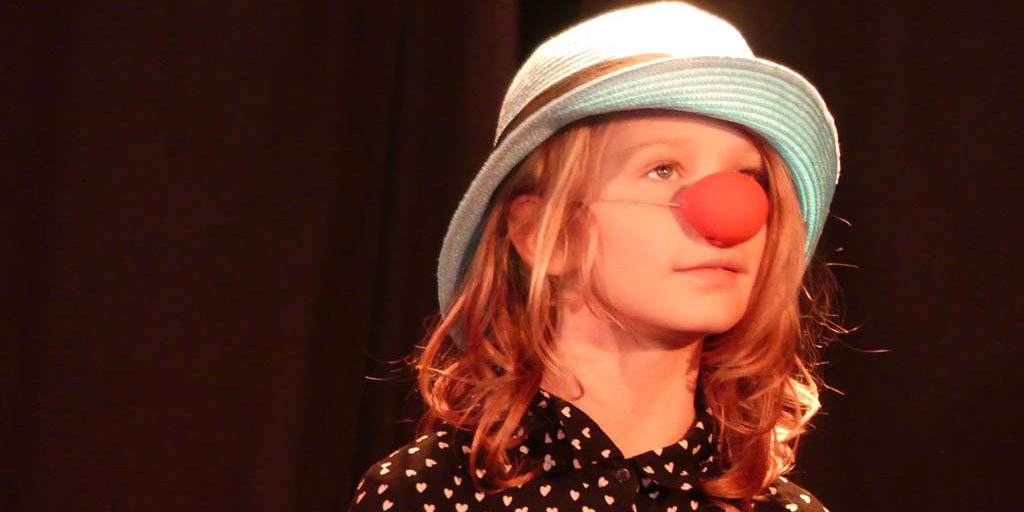 The “Little Clowns”, 14 children from the One World School from Grades 1-4, had the honor of helping shape the festival’s supporting program. They had developed and rehearsed the program “Clowns and Other Disasters” under the guidance of the theater pedagogue Canip Gündogdu and his team. The rehearsal program included a theater week at the Youth Hostel in Porta Westfalica during the summer holidays 2018.

In the piece, after the touch of a magic ball, all children turn into redheaded clowns. So they get the ability to perform many magical and fun fun, dance and magic numbers. However, to “redeem” a missing friend, they have to give up their clown noses and turn back. At first sad and unsettled, the children gradually discover that they have many great abilities even without clown noses.

The funny and touching piece was introduced by the “little clowns” at the opening of the children’s theater festival on 27.09.18 and in the family afternoon on 30.09.18. There was also a school performance on 10 October 2018 in the auditorium of the One World School. Playing in front of one’s classmates was especially enjoyable, and so the “little clowns” received thunderous applause in their own school.