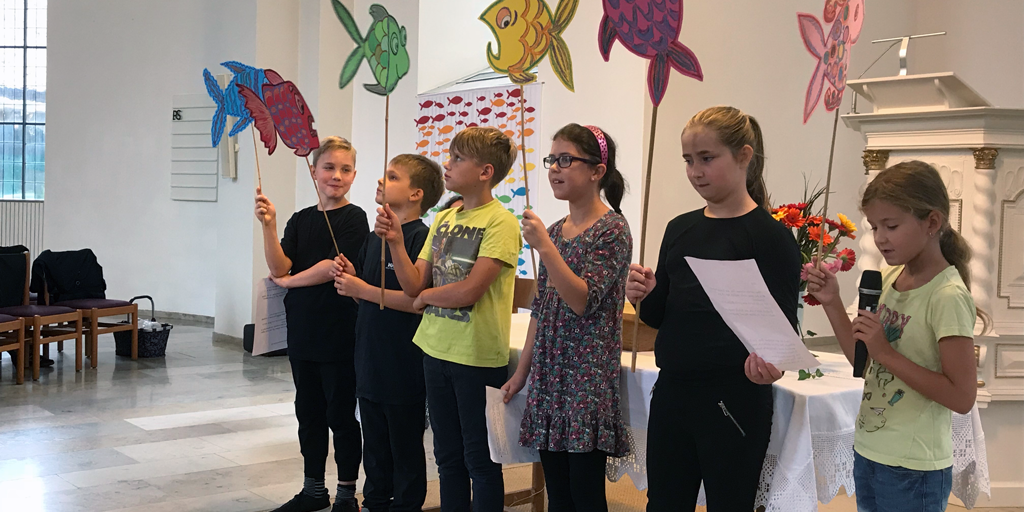 On August 29, 2018, 48 new schoolchildren were welcomed to the One World School. The special day began with a festive service in the Petri Church. The service was, as always, open to all denominations and religions. The third graders and the children of Flöten-AG made the service very happy. All children from classes 1/2 picked up their new classmates in the church service.

Then it continued in the school. The theater group played in the auditorium the fairy tale of the “fat fat pancake” in several languages. Finally, the first school lesson began in the classes. Parents, godfathers and grandparents were waiting at the school enrollment café. As every year, there were delicious cakes from the parents of the second graders.

The first day of school was again sweetened this year with many imaginative school bags.